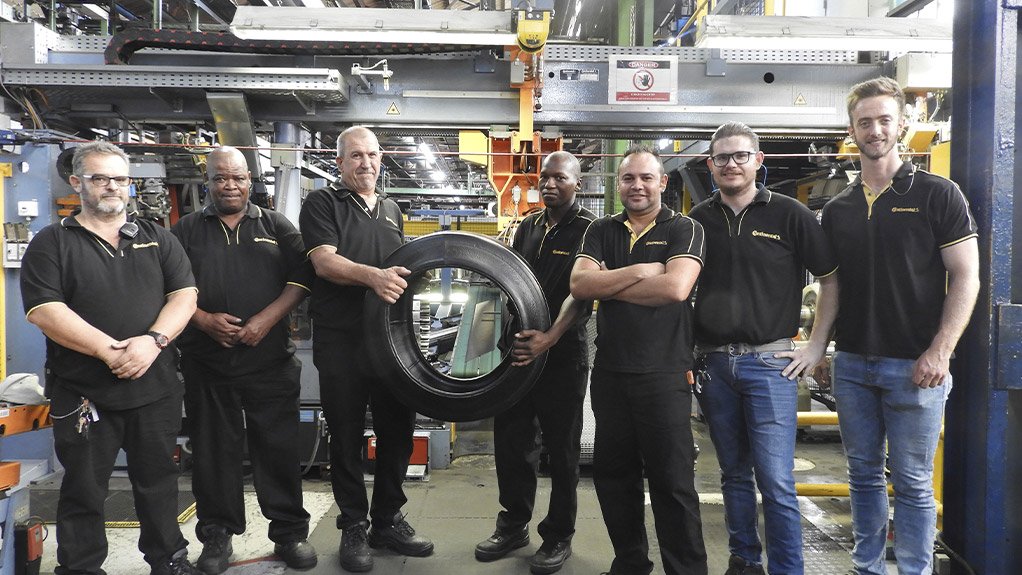 The CTSA team with the 19-inch General Grabber AT3

Two tyre manufacturers announced in December that they have started 19-inch tyre production in South Africa, in what they say is a first for the domestic industry.

Bridgestone South Africa (SA) says its production of 19-inch tyres is the results of an unquantified investment in new technology at its Brits facility, in the NorthWest.

The new tyres are being produced for the BMW X3, which is assembled at the BMW Group South Africa plant, in Pretoria, for the local and export markets.

“Bridgestone has a long relationship with BMW as an original equipment supplier and, given that the BMW X3 is assembled in South Africa, it’s obviously a huge step forward for us to not have to import this size of tyre,” says Bridgestone SA senior corporate communications manager Vuyokazi Xapa.

Bridgestone has, since 2017, been supplying tyres in 11 sizes from its Alenza 001 range for the new BMW X3.

Bridgestone says its engineers have worked alongside the German auto maker to develop a tyre that would allow the vehicle to perform optimally.

“The capacity to produce this specialist tyre here also signals our intention to ensure that Bridgestone SA continues to compete on the world market,” notes Xapa.

“South African manufacturers are facing stiff competition from overseas imports, and we need to invest wisely in new equipment in order to carve out new niches for ourselves in both the domestic and global markets.

“This brings not only new equipment and capability into the local tyre manufacturing market, but is also part of our initiative to upskill our local workforce in order to equip [them] for the Fourth Industrial Revolution.”

A second tyre manufacturer to announce the start of local production of 19-inch tyres in December was Continental Tyre South Africa (CTSA).

CTSA now produces the General Grabber AT3 all-terrain tyre at its Port Elizabeth manufacturing plant, in the Eastern Cape.

Previously, CTSA had the capacity to manufacture up to 18-inch tyre sizes at its local facility.

“Local production of the first-ever 19-inch tyre in the Port Elizabeth plant opens the door for our further expansion in the crucial replacement tyre business, and prepares Continental Tyre for new opportunities in the 19-inch original equipment business,” says CTSA MD Shaun Uys.

“In the past, we had to import these tyres from other plants around the world. By producing them locally we are bolstering our manufacturing capacity, improving our economies of scale, and are able to respond to growing customer demand for the larger-diameter tyres, specifically in the increasingly popular sports-utility vehicle (SUV) segment.”

The original concept for local production of the 19-inch tyre was born at the Port Elizabeth plant in 2017, and presented to management during a plant operations review.

The first experimental tyre was built in early 2019, and mainstream production of the new 255/55 R19 Grabber AT3 started in the second quarter, with volumes steadily increasing to satisfy customer demand.

The General Grabber AT3 is suited to a range of SUVs fitted with large diameter lower-profile 19-inch tyres as original equipment, including the BMW X5, Ford Everest, Land Rover Discovery, and Mercedes-Benz GLE.