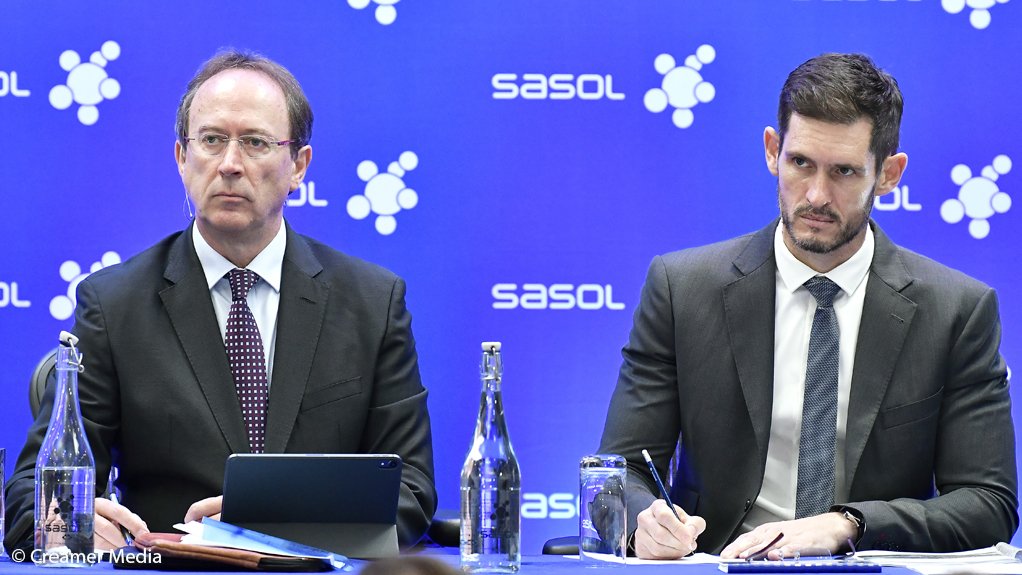 The eventual size of Sasol’s possible rights issue – tentatively capped at $2-billion – will depend on progress the group makes in the coming months with its cash-conservation and asset-disposal programmes, initiated in an effort to reduce its $10-billion debt burden by $6-billion by the end of its 2021 financial year.

The prospect of an equity raise was included as part of a package of measures unveiled by the JSE-listed company on Tuesday in response to what CEO Fleetwood Grobler described as “unprecedented macroeconomic challenges”, which had arisen at a time when the chemicals and energy group was at peak gearing levels.

“This requires Sasol to respond immediately with decisive action across the business,” Grobler said during a conference call.

The rights-issue option was described by CFO Paul Victor as a “last resort” measure, which could not proceed before August or September, owing to the fact that shareholder and regulatory approvals were still required.

The company intended posting a circular to shareholders in order to convene a general meeting in July to approve the necessary resolutions required to implement the proposed rights offer.

Grobler stressed, however, that efforts were under way to secure as much of the $6-billion required through “self-help” management actions and through a more aggressive asset-disposal programme than initially signalled.

Besides disposing of the assets identified as noncore during a recent asset review process, Grobler revealed that active discussions were under way regarding a joint venture partner taking up to 50% of Sasol’s US base chemicals assets, which included assets at the Lake Charles Chemicals Project (LCCP).

Grobler insisted that it was premature to disclose the identity of the potential partners, but did indicate that the assets identified for partnering were not restricted to the LCCP and primarily included Sasol’s US ethylene and polyethylene assets.

The partnering option included in the package meant that it was possible that the asset-disposal programme might “substantially exceed our $2-billion target”, Grobler added.

Nevertheless, he also acknowledged the risk of moving ahead with disposals at a time of heightened market volatility and the well-founded perception of Sasol as a “distressed seller”.

Victor said that besides its own internal assessment of the “intrinsic value” of the assets up for sale, it had also been given a sense of their value from external advisers and from potential buyers.

“We are very cognisant of the fact that we are ultimately a distressed seller, [but] we have liquidity available to weather the storm . . . and that puts us on the front foot in ensuring that we derive the right value. We need to make it clear as a management team that we cannot sell good assets at far below their fair value.”

To ensure that its debt had fallen to about $4-billion by the end of its 2021 financial year, an equity raise might be required.

Should the $6-billion target be met through cost savings and asset disposals, however, Sasol could refrain from pursuing a rights issue entirely. It signalled in a note to shareholders that the size of the rights issue could also be reduced.

In the meantime, Sasol had also initiated talks with its lenders to discuss “adequate flexibility” on its financial maintenance covenant thresholds in its debt agreements.

The group expected to comply with the financial maintenance covenant thresholds in its debt agreements as of June 30, assuming a prevailing rand oil price of approximately R580/bl.

Victor also indicated that Sasol could sustain liquidity headroom of more than $1-billion over the next 12 to 18 months in a $25/bl oil-price environment and before the benefits of hedging were included.

“We are currently in active discussions with our bank consortium regarding an uplift in covenants . . . and we do believe it is in the best interests of all parties to consider the most flexible covenant arrangements. This will be the third time that we will be asking for leniency from the banks and ultimately we need to make sure that the flexibility is sufficient, so that we don’t repeat this process.”

Grobler said no forced retrenchments were currently being contemplated but that the business optimisation programmes being pursued could require a reduction in employees in future.

Should such an outcome arise, consultation processes would be initiated in line with the requirements of South Africa’s labour legislation.