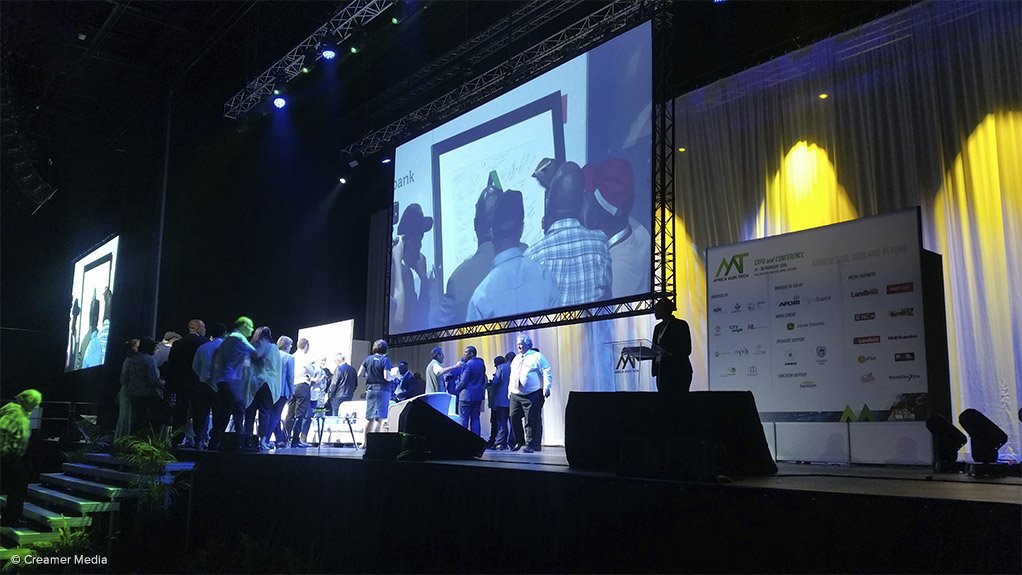 The nonprofit Agricultural Development Agency (Agda), launched on Tuesday, in Pretoria, is a cross-sector, government-supported and private-sector-led initiative to develop farmers by providing technical skills and private-sector financial support and linking the farmers into supply chains to ensure national land reform is successfully and sustainably achieved.

The two-year initiative, conceptualised prior to, and announced at, the Presidential Jobs Summit in 2018, has already garnered 36 founding members that include commercial and small-scale farmers and agribusinesses and is supported by the project management office under the Presidency.

More commercial and developing farmers signed the founding charter on Tuesday at the conclusion of the agency's launch.

Championed by In Transformation Initiative director, businessperson and politician Roelf Meyer and led by acting CEO Leona Archary, the core concepts of the agency have been developed over the past two years through deep engagement with 20 agricultural commodity sectors and stakeholders throughout the value chains, including emerging and small-scale farmers, commercial farmers and government agencies, including the departments of Agriculture and Rural Development and Trade, Industry and Competition.

"The idea started through broad level engagements with many farmers from all regions across the country . . . who supported the establishment of a way to bring more new farmers into the agricultural space. [Agda] also consulted widely with those who aspire to become commercial farmers, but have not had the opportunity to do so. This is the aim of Agda," Meyer said at the launch event on Tuesday.

The first objective is to help emerging farmers and new farmers by supporting them, where possible, with the necessary funding and, importantly, skills that will support them in becoming successful and effective commercial farmers, he said.

Further, the agency will aim to address, in a practical way, land reform.

Regardless of the changes to legislation, or the Constitution, regarding land reform, the need will remain for consistent, effective support to ensure that South Africa is a country that not only produces the food it needs, but also lives up to the expectation of agricultural exports. This can only be done if the land is used profitably for the sake of the many South Africans who want to participate, Meyer noted.

Agda will form part of the Public-Private Growth Initiative (PPGI), which also falls under the Presidency. Government will not provide funding to the agency, but will be a partner to ensure ongoing participation by and guidance from the government. This will also eliminate inhibitors on the government side that are constraining farmers and agricultural development, Meyer added.

Head of the project management office in the Presidency Rudi Dicks said conversations about which interventions could assist in the further development of the agricultural sector had led to improvements in stipulations that water-use licence applications take no longer than 90 days for conclusive feedback, ensuring that visas for critical skills in agriculture are granted quickly and that the government has recognised and committed to improving ports and rail infrastructure.

"It is an iterative process designed to deal with blockages as we go," said Dicks.

Agriculture and Rural Development Minister Thoko Didiza, in a recorded message played at the launch event, expressed her and government's support for Agda. She said the lack of support to assist those who receive land in farming it productively hampered further growth in the sector.

She added that Agda's aim of crowding-in private-sector finance, support and expertise would also help to close the financing gap outside of the available development finance and Land Bank financing.

Meanwhile, Archary said a key requirement echoed by all participants throughout the engagements was the need to ensure that the agency operates under guiding values and according to strict good governance principles.

"Over the next few months, with the goal to be fully operational by September, we will raise capital, hold our members meeting and elect a board, and ensure the right expertise is in place. We are also looking at starting pilot projects and will send out calls for proposals. We hope and believe that this launch is a milestone – a historic moment – and a turning point for farmers and citizens to take a stand and contribute to building a better South Africa," she said.

Agda founding member and commercial farmer Kallie Schoeman also spoke about the catalytic role Toyota chairperson and CEO Dr Johan van Zyl had in forging a partnership between government and civil society to lower barriers to entry in the automotive sector.

Schoeman, who worked to develop small farmers in the value chain and who highlighted that the trillions of rands spent on land reform have not produced broad successes, noted that supporting small-scale farmers would enable agricultural development projects to reach millions of people at a low cost and, thereby, have a direct developmental impact.

"I believe that agriculture can be the vehicle for reconciliation in South Africa by giving people their dignity back and helping people not to be dependent on the State or social grants by starting with supporting subsistence farmers, supporting them as they become small-scale farmers and helping them throughout the growth phases to eventually become commercial farmers."

As an example, if the money spent on the Estina Dairy farm project, in the Free State, had instead been used in Grain SA's farmer development programme, 3 000 farmers could have been established, he quipped.

Schoeman reiterated that integrity and good corporate governance were absolutely necessary to instil confidence in people willing to invest money in projects and to ensure that farmers were deeply involved in agricultural development.

He added that many farmers have expressed a willingness to mentor small-scale farmers and facilitate the transfer and development of skills.

"There is enough land, whether it belongs to government, municipalities, mines with surplus lands, private owners, communities or traditional leaders; there is enough land that we can get agricultural development going at small-scale, then throughout the whole value chain and agribusiness."

Agda founding member, land reform panel member and commercial livestock farmer Nick Serfontein brought a vocal cohort of 40 emerging black livestock farmers from Kroonstad, in the Free State, to the launch event. The emerging farmers had completed a farmer development programme and most of them signed up to become founding members of Agda.

"I have been supporting emerging farmers for five years. One of the first things you hear is the [difficulties] they have gone through during the past few decades, and it provides direct proof of why previous land reform projects failed. Without knowledge, training, experience, mentoring, monitoring and access to finance, these project will fail. It is that simple," he said.

"Land restitution and reform is morally correct, but also socially right because it provides the dignity that comes from ownership," emphasised Serfontein.

"It is only through the passion for the land, devotion to their crops and animals and the hard work of our farmers every day that anyone in the country is able to put food on the table," he said.

"There is a need for partnerships to grow the country. Agda will focus on building partnerships with cooperatives, commercial farmers, communities, organised agriculture, the financial sector and agricultural businesses in general to facilitate this," concluded Archary.