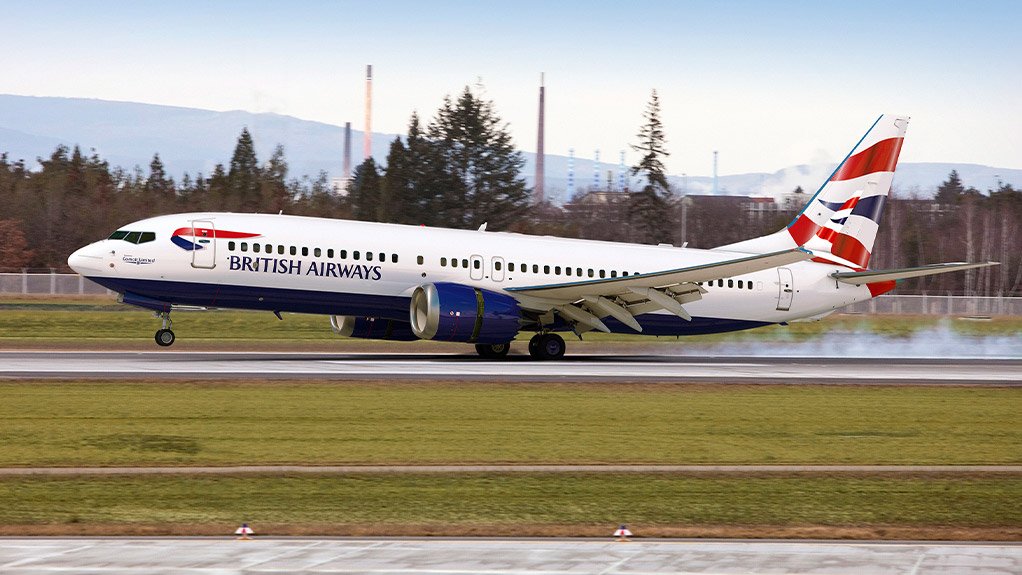 Photo by: Comair
Costing money – Comair’s first Boeing 737 MAX 8, which has been grounded for almost a year now

The Thursday release was a follow-up to a previous trading statement, issued on SENS on December 4 last year. In the December statement, Comair had warned that its earning per share (EPS) and headline earnings per share (HEPS) for the second semester (July-December) of 2019 would be more than 20% lower than for the same period in 2018. In its latest release Comair stated that it was finalising its results for the second half of 2019 and that it now expected its EPS and HEPS for this period to be more than 170% lower than for the second semester of 2018.

The result is that the company will experience a loss and a headline loss for the second half of last year. “The decrease in earnings relative to the comparative period [in 2018] is attributed to an increase in operational costs pertaining to aircraft lease and maintenance costs arising from the replacement of five owned B[oeing]737-400 aircraft with five leased B[oeing]737-800 aircraft,” reported Comair. “In addition, there has been an increase in aircraft line maintenance costs arising from the transition of the fleet from SAA Technical to Lufthansa Technik.”

In addition, the company’s revenues have been hit by the cumulative losses it has suffered from the continuing grounding of the Boeing 737 MAX. The MAX was grounded by the US Federal Aviation Administration on March 13 last year (other major regulators had already grounded the type). As a result, Comair’s first such aircraft, a 737 MAX 8, was also grounded (after it was delivered to the airline) while its second MAX 8 was grounded in the US before delivery. Its third MAX 8 should have been delivered this month, but will not be.

The airline has not received any revised delivery schedule from Boeing. “No accrual for compensation from Boeing has been raised to date however, [sic] negotiations are underway,” stated the airline.

Another issue covered by Thursday’s statement was the Settlement Agreement between Comair and State-owned national carrier South African Airways (SAA). Under this, SAA has to pay R1 108 040 000.00 (plus interest) to Comair, in instalments over the period from February 28, 2019, to July 28, 2022. (This agreement was in compensation for anti-competitive behaviour by SAA, which harmed Comair, during the 2001-2006 period.) But SAA failed to pay the instalment due on December 28 last year, following the placing of the flag carrier into business rescue on December 5.

“Consequently, the future recovery of the outstanding amount is uncertain,” warned Comair. “A loss allowance of R285-million was provided for in terms of IFRS9 [International  Financial Reporting Standard (version) 9] loss allowances against the SAA damages claim receivable as at 30 June 2019, prior to SAA going into Business Rescue. The IFRS9 loss allowance as at 31 December 2019 remains to be determined, with reference to the outcome of the Business Rescue proceedings in respect of SAA.”