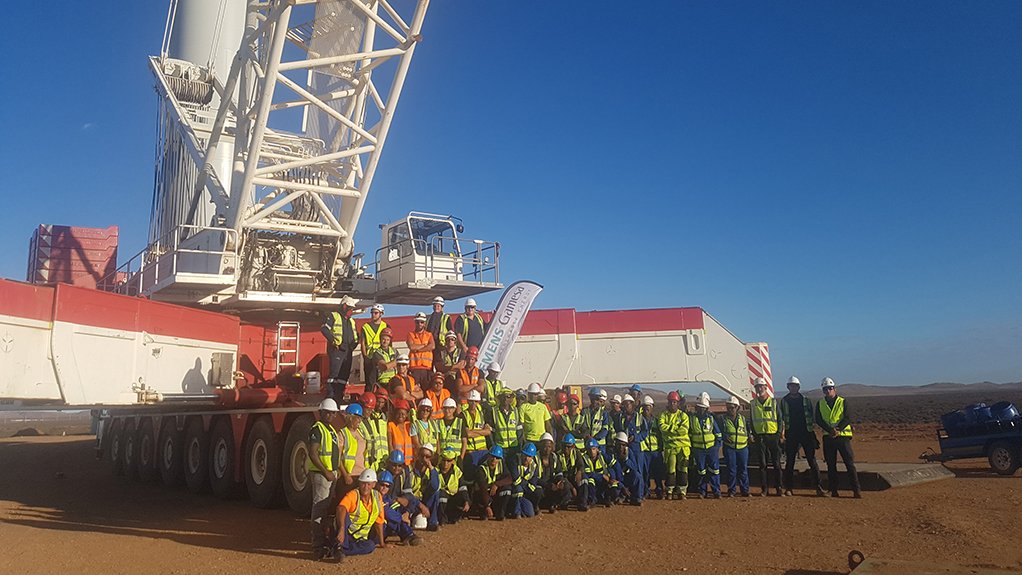 Kangnas Wind Farm on Tuesday completed the installation of all 61 wind turbines – two weeks ahead of schedule.

With all turbines now installed, the project is advancing to its commercial operations date, later this year.

The project developers point out that the 45-member crew that took on this large-scale lifting programme comprised mostly local South Africans from the Northern Cape province.

“Eighty-seven per cent of the lifting team are South African, with just six being expats. The team began the erection of the first of its 61 wind turbines in July last year and worked very hard to take advantage of the periods of low wind to install all the turbines, in just eight months and ahead of schedule,” explains Kangnas Wind Farm construction project manager Manie Kotze.

The next step in the development will be the handover of the two main power transformers.

“Once the two power transformers are installed and energised, commissioning and testing will commence on the wind turbines, followed by grid code compliance testing,” explains Kotze.

The 140 MW wind farm will have the capacity to generate 563.5 GWh/year of clean, renewable power into South Africa’s national power grid.