Investment pledges of R363bn a ‘vote of confidence in South Africa’ 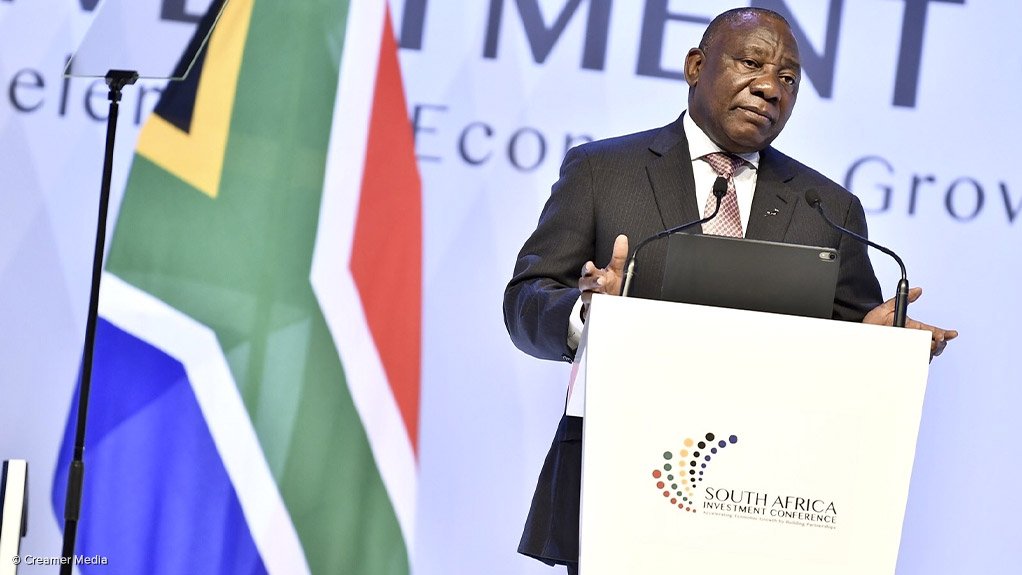 Investment commitments worth R363-billion where made by domestic and foreign firms at the second South African Investment Conference on Wednesday, eclipsing the 2018 figure by some 17%.

President Cyril Ramaphosa welcomed the commitments as a “vote of confidence” in South Africa and said that the investments would lead to the creation of 412 000 direct jobs over the coming five years.

He also indicated that the final tally could be bolstered by further investments of R8-billion, which had been communicated with government, but had not been announced as they were still awaiting board and/or regulatory approval.

South Africa announced last year that it was aiming to attract direct investments of $100-billion over the five-year period to 2023, which, using 2018 exchange rates, would translate to investments worth R1.2-trillion.

Pledges were made from companies in a diverse range of industries, from mining and energy, to manufacturing, information and communications technology to pharmaceuticals.

Speaking at the close of the daylong gathering in Sandton, which attracted more than 1 500 delegates from over 20 countries, Ramaphosa said he was “immensely encouraged” by the announcements, particularly in light of the weakening global economic environment.

He was equally enthused by the diverse nature of the projects, which he said reflected the diversity of the economic and business opportunity that the South African marketplace represented.

The President argued that South Africa was making “gradual and incremental gains” in rebuilding its economic credibility, which had been badly undermined in recent years by corruption and State capture.