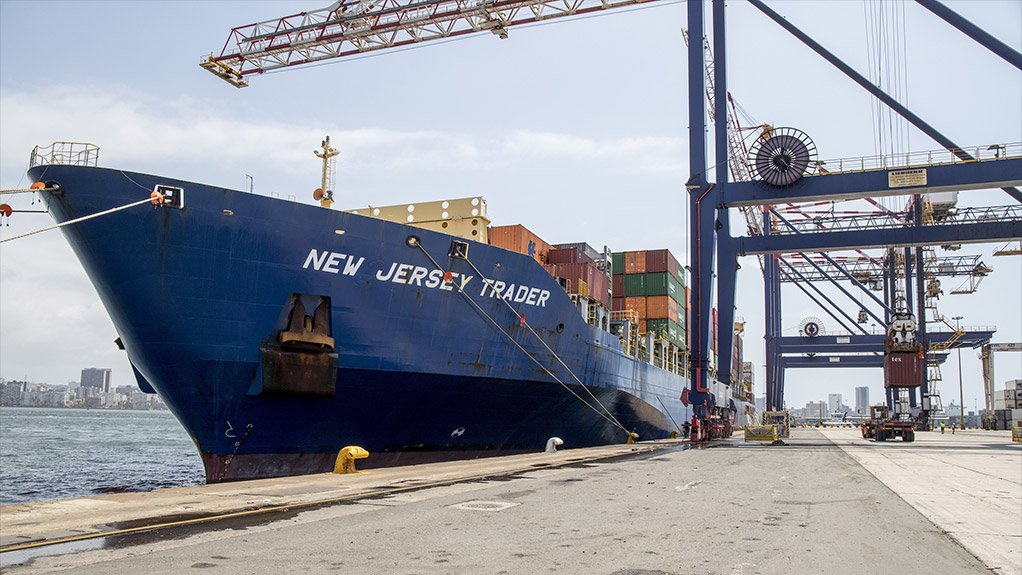 Transnet National Ports Authority (TNPA) and Transnet Ports Terminals (TPT), through the Port of Durban, this week welcomed the first vessel to arrive at the port on the new Middle East–India–Africa Express (Miax) service, which was recently introduced by Hapag-Lloyd and its alliance partner, Ocean Network Express (ONE).

The container vessel MV New Jersey Trader was welcomed into port on November 5 with a ceremonial tug spray and plaque exchange.

The vessel was built in 2011 and flies the flag of Malta.

Nine ships with a capacity of 2 800 twenty-foot equivalent units each, will be deployed for the new service.

While the Port of Durban is still seeking growth opportunities from Hapag-Lloyd and ONE, this transaction was described as another milestone for the port and the container industry at large.

Port of Durban GM Moshe Motlohi says TNPA “looks forward to supporting Hapag-Lloyd and [ONE] through this new venture”.

Motlohi adds that the ports of Durban and Cape Town will “play a key role in regional integration through the lines’ existing global network”.

TPT acting COO Velile Dube welcomed the new vessel and the new service, saying it would increase efficiencies for the customer.

“We are always looking at ways to improve our service levels with the aim of facilitating cost competitiveness in markets our customers compete in,” added Dube.