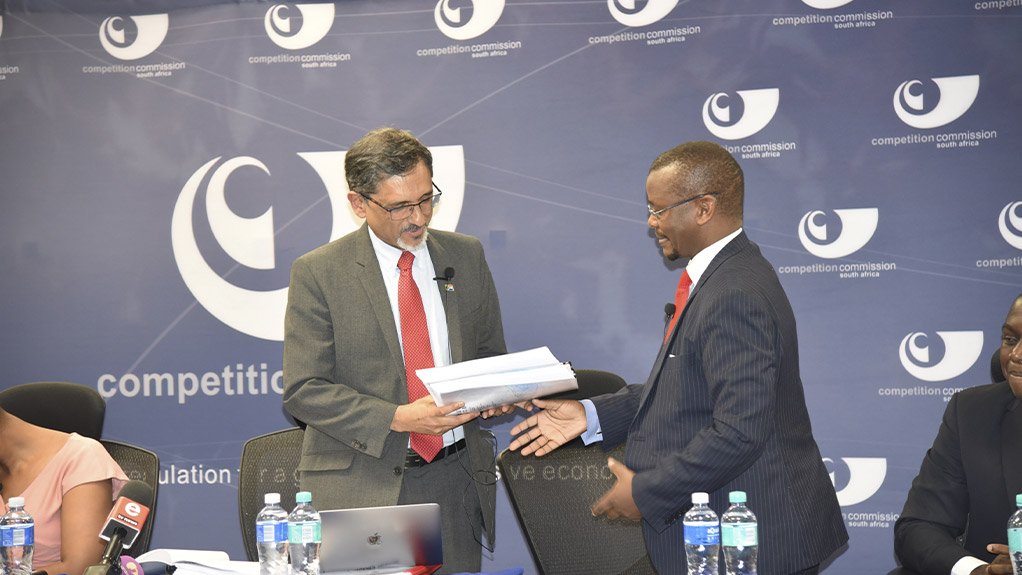 The Competition Commission’s ‘Final Findings and Recommendations of the Data Services Market Inquiry’ report, released on Monday, finds that the combination of a highly concentrated market and a duopoly of the two leading operators, Vodacom and MTN, result in excessively high data prices.

The Competition Commission’s market inquiry into high data costs started in August 2017 to unpack the general state of competition in data services, examine any features that prevent, distort or restrict competition and review the cause of high data prices.

Similar to the Independent Communications Authority of South Africa’s previous observations, the commission’s findings and recommendations report, based on an analysis of the market and a variety of submissions, reveals that South Africa currently performs poorly relative to other countries, with prices generally at the more “expensive end”.

“We have noted that there have been recent price reductions, but the duopoly must reach an agreement with the commission on a significant reduction of prices,” says Competition Commission commissioner Tembinkosi Bonakele.

The report shows that priced-based competition in the mobile markets are inadequate, with the retail mobile market remaining stubbornly concentrated.

He says that there is scope to reduce prices by 30% to 50%, with industry now having two months to act, failing which the Competition Commission will consider prosecution.

“We do believe strongly that this requires strong and decisive interventions,” he says.

Trade and Industry Minister Ebrahim Patel, welcomed the report, stating that the 378 pages of analysis, findings and recommendations, confirm the basic thrust of the results previously released.

“We have a competition problem in the market for data services, the prices are higher than they should be,” he says, noting that the final report will be carefully studied, with the department backing the actions necessary to help bring the data prices down.

Patel further adds that data prices and data service matter enormously for the economy and is critical for the digitisation of economic activity.

“We need competitive prices and enhanced access to boost the economy.”

The commissioner handed the report to Patel and Communications and Digital Technologies Minister Stella Ndabeni-Abrahams, the latter adding that the department would review the report and revert.

The Competition Commission finds that the retail pricing structure of mobile data is anti-poor and lacks transparency, with an assessment of all mobile operators’ headline retail prices demonstrating that consumers of small data bundles pay “inexplicably” more on a per megabyte/gigabyte basis.

Another finding by the commission is that price-based competition in mobile markets can be improved materially.

The findings in the retail market, also point to potential challenges in the wholesale market, where roaming arrangements and terms have been unfavourable and have constrained price competition.

The wholesale market has failed to provide wholesale network access for purposes of retail competition in the form of mobile virtual network operators.

Finally, the inquiry finds that addressing the fixed-line supply gap – the backbone in the supply of household and business access – will be critical to the provision of alternative data services, such as WiFi.

RECOMMENDATIONS
The Competition Commission has identified a series of final immediate and intermediate packages of recommendations to address the high cost of data across the value chain.

Several recommendations and measures, with immediate implementation, will provide immediate relief for low-income consumers, combined with initiatives to improve mobile price competition and greater infrastructure alternatives to consumers over the medium term.

Within two months, Vodacom and MTN are required to reduce their tariff levels and align their headline prepaid sub-500 MB, 30-day prices with that of the similar postpaid packages, in agreement with the commission, failing which the commission will pursue prosecution for excessive pricing.

All mobile operators are required to offer all prepaid subscribers a “lifeline package” of daily free data to ensure data access on a continual basis.

Further, all mobile operators are required to reach an agreement with the Competition Commission, within three months, on an industrywide approach to the zero-rating of content from public benefit organisations and educational institutions.

Beyond the immediate measures, an intermediate programme is focused on enhancing priced-based mobile competition through wholesale market interventions and promoting the development of alternative infrastructure to provide data services in lower income areas and smaller secondary towns and cities nationally.

In addition, the commission recommends a series of policy and legislative reforms to support the ongoing drive for lower data prices.