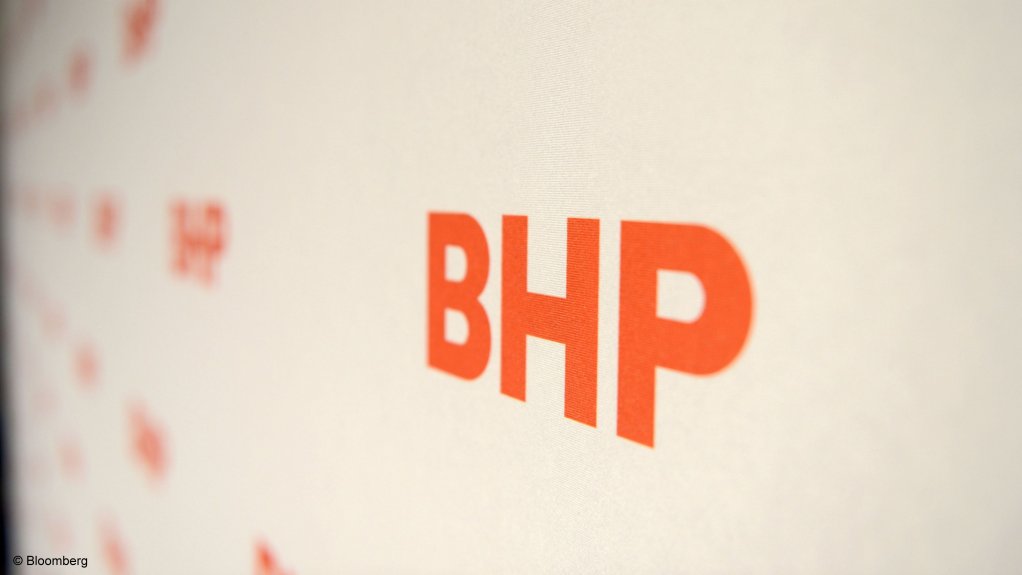 PERTH (miningweekly.com) – Diversified miner BHP has reported a 20% interest in after-tax profit and a 7% increase in revenue for the half-year ended December.

“Underlying earnings before interest, tax, depreciation and amortization were up 15% to $12-billion, and returns on capital employed increased to 19%. With solid cash flow, the board announced an interim dividend of 65c per share, our second highest on record.”

Profit after tax for the interim period reached $4.8-billion, with revenue in the same period rising to $22.2-billion. Underlying attributable profit for the six months under review was also up 39% on the previous six months, to $5.2-billion, which BHP said reflected the stable operating performance of the company’s assets.

The solid underlying performance across the portfolio, which was marked by record volumes at the Jimblebar iron-ore mine, record average concentrator throughput at the Escondida copper operation, and strong operational performance at several of the Queensland coal mines, was offset by the impacts of planned maintenance across a number of assets, natural field decline at the petroleum assets, and grade decline at some of the copper assets.

“BHP is in good shape. We have passionate and committed people hungry to perform. We have brought together high quality assets in a simple portfolio that allows us to create value at scale. Our balance sheet is strong and we have embedded a capital allocation framework which drives discipline and better decisions,” Henry told shareholders.

“From these strong foundations, we will build on our momentum to deliver exceptional performance. I intend for BHP to be unquestionably the industry’s best operator, safer, lower cost, more reliable and more productive, with our portfolio and capabilities fit for the future. We will be open to new ideas, more connected to those around us, and more commercial in our thoughts and actions.”

Henry said that despite the near-term uncertainty, due to the coronavirus outbreak, trade policy and geopolitics, BHP remained convinced about the positive underlying fundamentals of its commodities.

“We see enormous potential to reliably deliver exceptional financial and operational performance, and to grow value and returns,” he added.