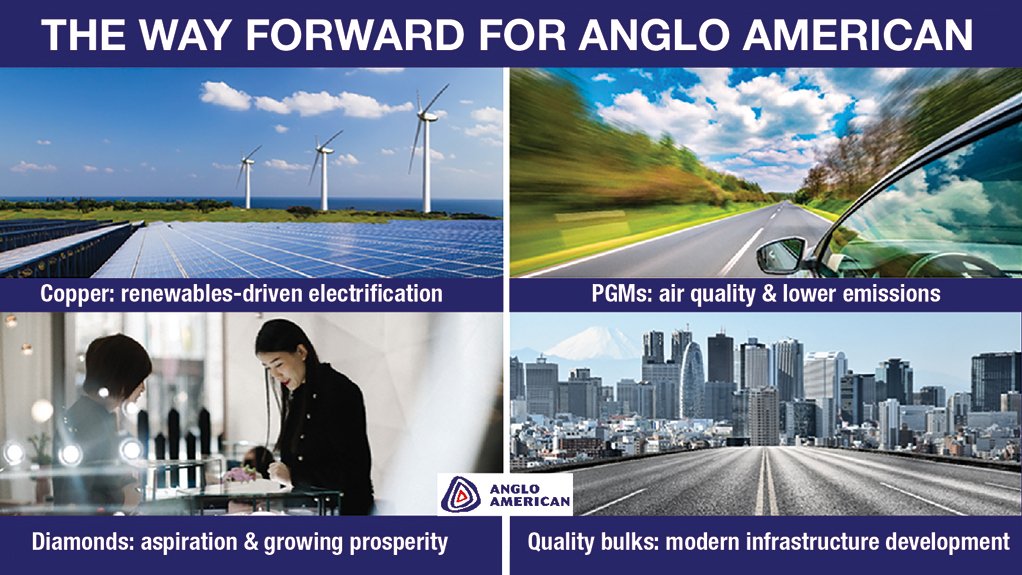 JOHANNESBURG (miningweekly.com) – Anglo American CEO Mark Cutifani on Thursday described the building of the world’s largest hydrogen fuel cell haul truck in Limpopo as a great initiative that would in time be rolled out across the platinum group metals (PGMs), diamonds, copper and iron-ore mining company.

Hydrogen fuel cell technology, which is platinum rich, is increasingly showing clear signs of being the next big disruptive technology that will make itself felt in global transport markets, stationary power generation and the heating sector.

The first motion of the world’s largest hydrogen-powered mine truck is scheduled for mid-2020, with testing continuing at Anglo American Platinum’s Mogalakwena PGMs mine until the end of the year.

This climate-positive development by London- and Johannesburg-listed Anglo American will be open to the mining industry as a whole.

The system is dependent on generating hydrogen using renewable-energy sources. The approach is to produce hydrogen with excess photovoltaic power and then allow this hydrogen to be consumed in trucks.

This provides energy security, price resilience and lower greenhouse-gas emissions, a move to the hydrogen economy using the next generation of mining vehicles and an opportunity for community participation.

“It’s an exciting development. It really does help us to think about ways to create a very different mine. It is certainly in our carbon neutrality conversations,” he said in response to Mining Weekly during a media conference.

“If you look at what we're doing on the ground, these are important initiatives that will help to inform how we take the business forward.

“We try and show people how we are doing it, what it looks like and what the pathway forward looks like. If you don't do that. I don’t think those targets mean anything,” Cutifani said.

Anglo American Platinum has a solar power project which is likely to be a 75 MW plant with potential for growth to 100 MW. This solar plant would probably generate half of Mogalakwena’s power.

“The profile we’ve taken in the PGMs industry is unique. The work on venture capital on helping to promote uses of platinum and other materials in terms of the hydrogen economy, is how we differentiate ourselves and the way we think about our business and the models we’re creating, ” said Cutifani.

“It's not about talking, it’s about walking,” he said, which is why the company now tops the Responsibility Index.