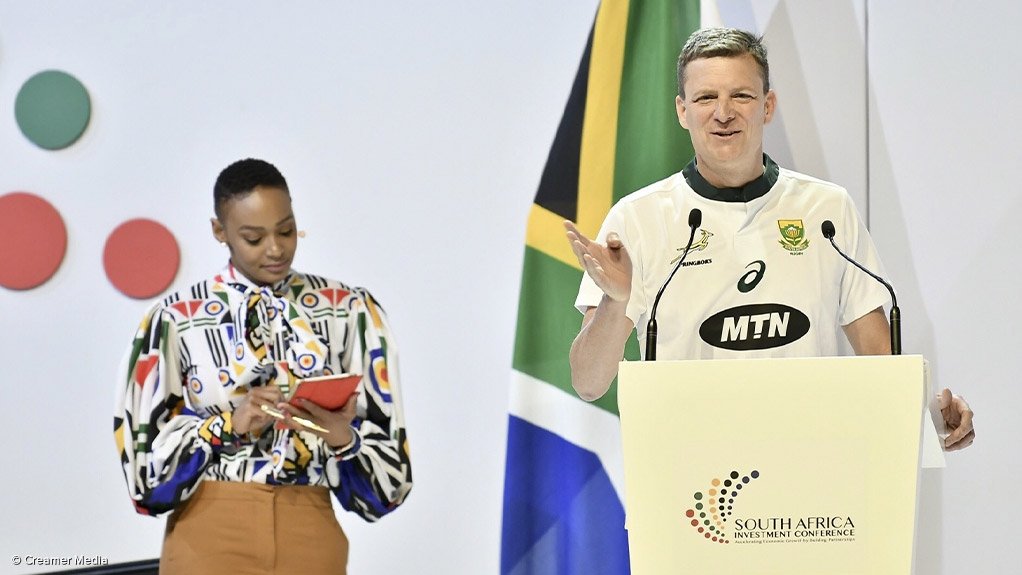 Telecommunications group MTN announced on Wednesday that it would be investing R10-billion a year into its South African operations over the coming five years – a period which coincides with government’s goal of attracting more than R1-trillion of fixed investment into the underperforming economy.

Speaking at the South Africa Investment Conference CEO Rob Shuter said the R50-billion would be directed towards rolling out the “digital infrastructure, networks, connectivity and the high-speed highways that South Africans are going to need to move even further into the digital age”.

Another portion of the investment would be deployed by the MTN Group for expenditure on the properties, platforms and people in South Africa that are used to support the company’s operations in 21 countries in Africa and the Middle East.

MTN was also eagerly awaiting the release of high-demand broadband spectrum in South Africa, which is expected to stimulate further investment as capacity is released.

Speaking ahead of MTN’s investment pledge, President Cyril Ramaphosa said government had initiated the release of the broadband spectrum, “which will bring down data costs and encourage investment”.

“A policy framework has been Gazetted and the regulator has published its proposals,” Ramaphosa added.

BRICS BANK PLEDGE
Meanwhile, the New Development Bank, established by the Brics bloc of Brazil, Russia, India, China and South Africa, said it would be continuing with its support for infrastructure projects in South Africa.

VP and CFO Leslie Maasdorp said that the bank had approved another $1.6-billion in infrastructure financing for 2020 and was hoping to increase that to $2-billion in the coming months to support energy, transport and water.

In 2019, the development finance institution pledged $2-billion to South African projects but by the end of October had already disbursed $2.2-billion.