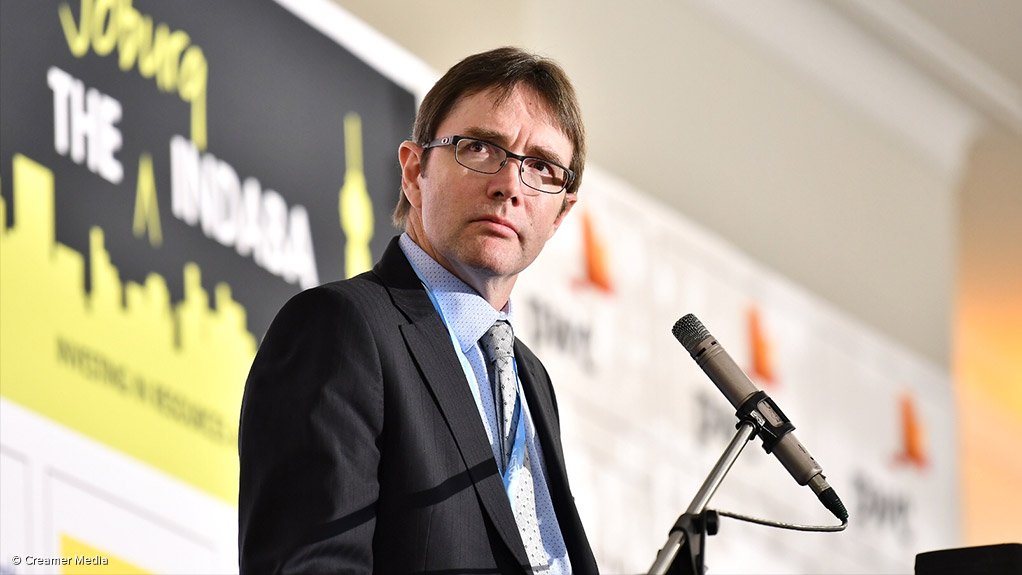 The Minerals Council South Africa has urged President Cyril Ramaphosa and other government leaders to “salvage and revive” South Africa’s economy after noting the “increasing urgency of a range of critical steps needed”.

In a statement released ahead of the Business Economic Indaba (BEI), which is hosted by Business Unity South Africa (Busa), Minerals Council CEO Roger Baxter lamented declining investor and business confidence levels in the country.

“While the situation the country faces today is a consequence of the decade of mismanagement and corruption of a previous government, today’s political leadership needs to act with great urgency to turn the economy and our society around,” he stated.

The Minerals Council cited power security and embattled State-owned power utility Eskom, the country’s fiscal crisis, as well as macroeconomic related policy initiatives as some of the areas that needed focus.

With regard to power security and Eskom, the Minerals Council believes that the electricity supply crisis is “the biggest single risk to the South African economy”.

The council has urged government to act urgently to facilitate the bringing on stream of and licensing of new private sector power options for embedded generation and private generation or self-use, but which is fed through the national grid.

In addition, government and Eskom should be contracting in, at the least cost possible, any extra renewable energy from existing wind and solar plant that is sitting idle. The Council further argued that government needs to urgently tackle red tape which is holding up significant additional power that could be brought on stream to bridge the gap. This red tape includes Integrated Resource Plan (IRP) 2019 exemptions, generating licences from the National Energy Regulator of South Africa (especially over 10 MW), environmental and land use authorisations, technical barriers and agreement to enable wheeling on the national grid at nominal cost.

The Minerals Council continued and said that it supported Public Enterprises Minister Pravin Gordhan’s Eskom restructuring roadmap, but warned that “it is essential that the restructuring proceeds”.

Further, with the country’s public debt to gross domestic product (GDP) ratio having risen to 60% in 2020, up from 24% in 2008, the mining group lamented growing debt servicing costs.

“South Africa is perilously close to falling into a debt trap, one of the reasons that the country is also in imminent danger of losing its last remaining investment grade from a ratings agency. This threatens to exacerbate the rate of the fall in per capita GDP which has been continuing already for some years and will further undermine business confidence, investment, growth and employment,” Baxter noted.

Owing to this, the Minerals Council is calling for a more “aggressive approach” to fiscal consolidation and the presentation of a budget that forces government to live within its means, adding that “there is no scope for addressing the budget deficit through higher taxes”.

Solutions lie only in addressing government spending, broadening the tax base (through higher growth and job creation), stopping the continued waste of resources going into bailing out several State-owned enterprises and restoring the credibility of South African Revenue Services, according to the Minerals Council.

“Government needs to also crack the whip on unauthorised expenditure and to ensure that corruption and malfeasance in procurement and contracting in government and State-owned entities is dealt with through proper prosecutions in 2020.”

The Minerals Council also called for the urgent implementation of a range of policies and interventions that would encourage investment and growth. The Council referred to the National Treasury’s economic strategy paper, published in August 2019, adding that implementation of its initiatives is important to serve this goal.

Initiatives include, among others, that pathways should be created for private competition and private concessioning in critical network industries (ports, rail, water, gas, energy); urgent steps should be taken to restore confidence in the criminal justice system and the rule of law; additional budget allocations should support the South African Police Service in the fight against crime, but conditional on performance objectives.

Additionally, the development of a conservative fiscal plan to prevent the country falling into a debt trap and very specific measures to boost confidence and kickstart higher investment and growth in the economy, are also required.