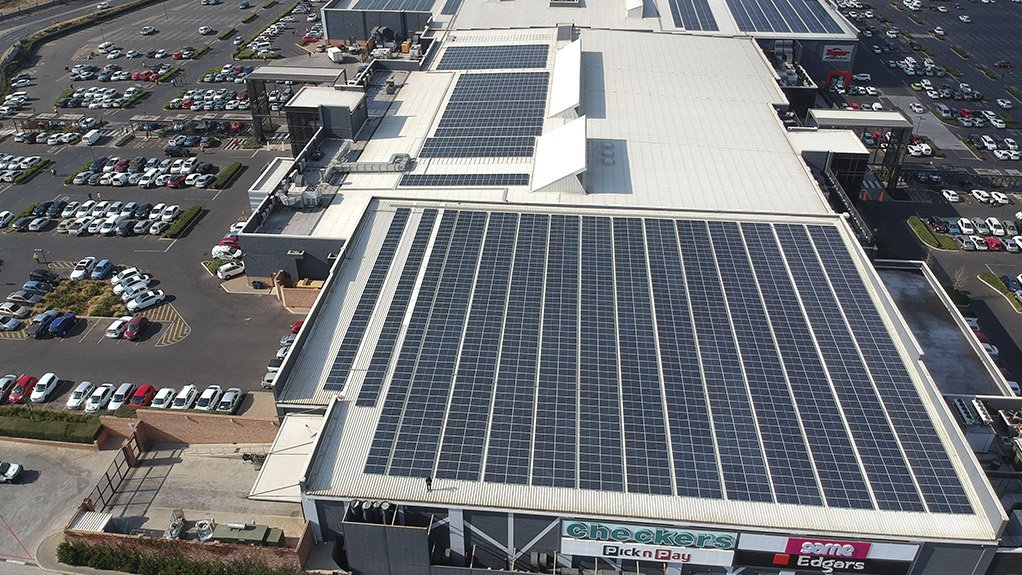 Shopping centre developer Flanagan & Gerard Property Development and Investment has invested R16-million in the installation of solar plants at its malls, in an effort to save energy and reduce its carbon footprint.

So far, about 3 MVA of solar energy generation capacity has been installed at three of the company’s co-owned shopping centres, namely Vaal Mall, Middleburg Mall and Springs Mall.

The developer is also planning to add a solar plant to its co-owned Mall of the North, which should be live before the end of the year.

All of the centres fitted so far have rooftop solar installations, while Vaal Mall has a carport installation.

“We bring these shopping centres in line with the Flanagan & Gerard philosophy of making a positive environmental impact by using renewable resources,” said MD Paul Gerard.

He added that although South Africa was growing at a rapid rate in the alternative energy sector, it was not growing fast enough to relieve some of the pressure currently experienced by State-owned power utility Eskom.

“The private sector has a responsibility to continue accelerating the expansion of renewable energy,” Gerard highlighted.

Currently, the National Energy Regulator of South Africa grants independent solar generation for installations up to 1 MVA. Anything over this requires a generation licence, and only a certain number of licences are issued each year.

Flanagan & Gerard is in the process of applying for additional licences for their malls to enable additional installations in future.