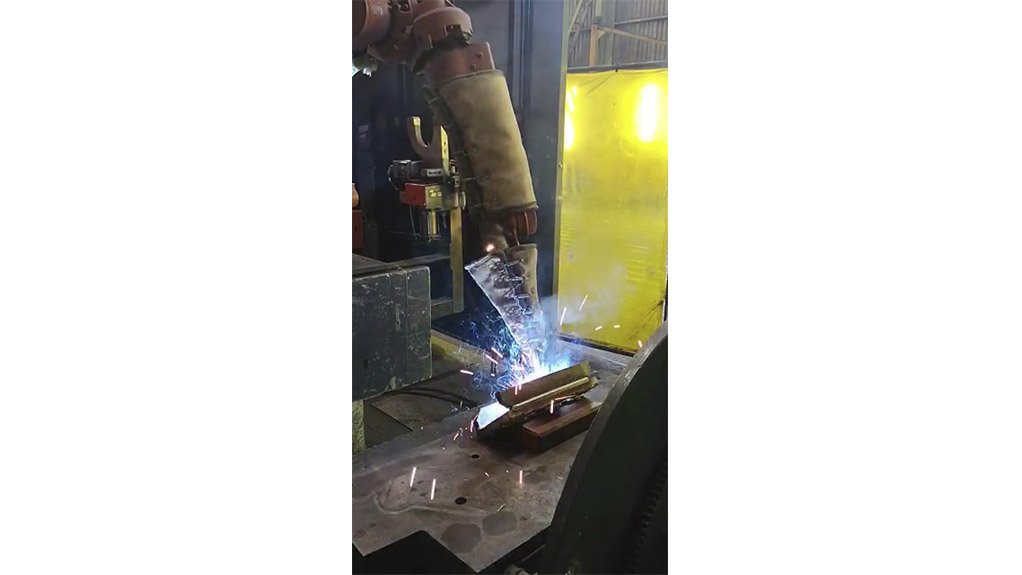 South Africa-based foundry and engineering company Thos Begbie successfully, and timeously delivered erosion-resistant copper coolers, which are being installed to a smelter in Southern Africa.

The company used hardfacing to make the coolers erosion-resistant. Hardfacing is a coating technique that involves welding a hard, wear-resistant alloy to the surface of a softer metal to restore it dimensionally and reduce wear caused by abrasion, impact, erosion, corrosion and heat.

He points out that the harsh atmospheric environments in which most pyrometallurgical processes operate require corrosion-resistant protection and that various alloys of stainless steel and other nonferrous nickel and molybdenum additives, such as Hastelloy, are commonly used.

Bantjes highlights that the smelter’s inspectors are impressed with the quality of the erosion-resistant copper coolers and will report on the performance once the plant is again fully operational next month.

He notes that the most significant requirement from Thos Begbie clients is a quick turnaround on repairs or new items, as well as the best possible quality, which, therefore, ensures the continuity of their smelting operations with the least possible downtime. Safety is also a major consideration for the company.

Bantjes adds that having these capabilities gives the company the advantage over its competitors, who mostly outsource such operations.

“Perhaps a disadvantage to Thos Begbie is that the components last much longer than the intended or expected lifespan,” he quips.

Thos Begbie aims to add another robotic welder to complement its existing unit.

Bantjes explains that when a robotic welder has been programmed and the environment has been set up for one particular application, it is impractical and uneconomical to break into that operation when a critical part is required.

A new robotic welder can, therefore, increase the company’s productivity and offer a quicker turnaround time to clients, he highlights.

Meanwhile, Engineering News reported in March that Thos Begbie completed the company registration of its new branch in Zambia, which it plans to officially open later this year.

The new branch will work hand in hand with the various Zambian copper smelter operations to service and repair the furnace components, a change from the way things operated between the smelters and Thos Begbie’s main operations in Middelburg, in Mpumalanga, in South Africa.

Transporting copper components over the border to Thos Begbie’s Middelburg branch and back to the smelters in Zambia has previously proven to be a problem, and market research has shown that the smelting operations in Zambia will support the Kitwe-based facility and mean that the company will not have to transport components across the border to South Africa.

Further, the company is working on developments that will be available on the market early next year. In the meantime, the company’s welders continue to weld complex coils, which form the backbone of its business model, says Bantjes.