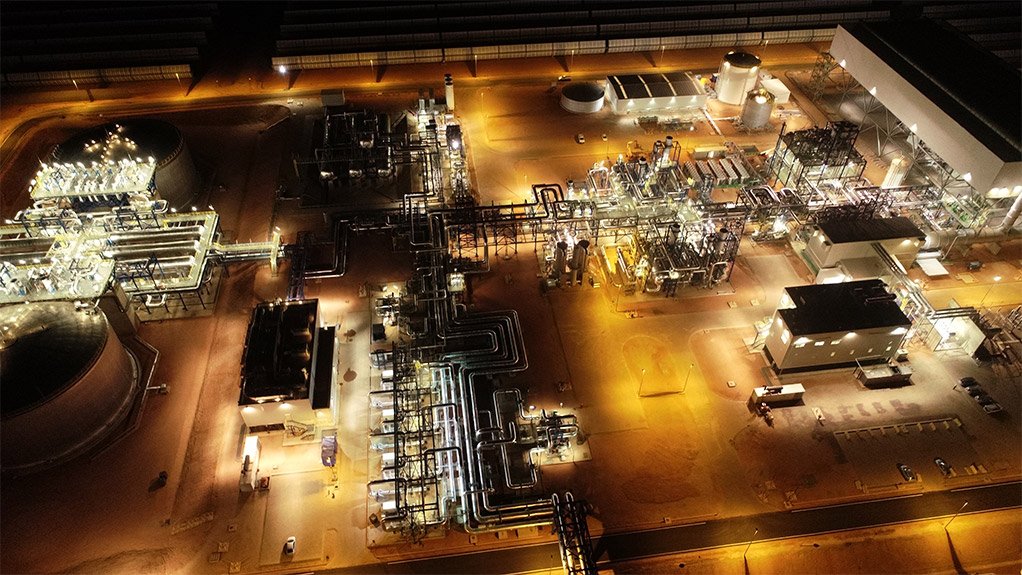 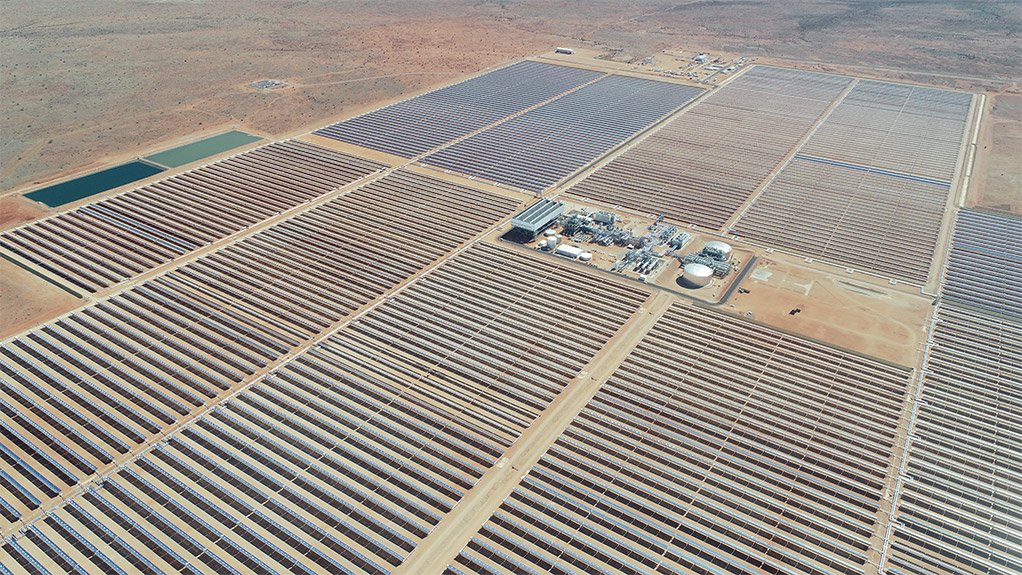 Located in Upington, in the Northern Cape, the R11-billion Ilanga CSP1 plant employs parabolic-trough technology and incorporates five hours of storage, which enables the power station to dispatch electricity during the evening peak and long after the sun sets.

The project was procured following Bid Window 3 of South Africa’s Renewable Energy Independent Power Producer Procurement Programme and achieved financial close in 2015, before entering into construction in November of that same year.

The project has been engineered, procured and constructed by Dankocom EPC, whose consortium partners include Cobra Energia and Sener, of Spain, as well as Emvelo.

The power station has been officially handed over to the plant’s owner, Karoshoek Solar One, which is itself a consortium comprising Emvelo, the Public Investment Corporation, the Industrial Development Corporation, Karoshoek SDI Trust, Grazigystix and HCI. Eighty per cent of the shares are held by South African entities, with the 20% balance owned by Spanish companies.

In line with the plant’s power purchase agreement (PPA) with Eskom, Ilanga CSP1 receives a daytime tariff of 165c/kWh, but is able to secure a 207% premium when dispatching electricity between 17:00 and 22:00.

As with all the other PPAs Eskom has with IPPs, the tariff paid to Ilanga CSP1 is fully recovered through a regulator-approved tariff, which treats IPP costs as a pass-through making them cost-neutral to the State-owned utility.

Emvelo founder Pancho Ndebele explains that the plant has been designed to operate as a semi-peaking power station and, in normal circumstances, would help reduce Eskom’s use of the diesel-fuelled open-cycle gas turbines (OCGTs). However, Eskom is currently drawing on the OCGTs more frequently, owing to high levels of unplanned outages at its 15 coal-fired power stations, which are also facing coal shortages.

Ndebele believes the completion of Ilanga CSP1 also demonstrates that black industrialists and entrepreneurs are well placed to conceive and lead the development of large renewable-energy infrastructure projects in South Africa.

He says the Dankocom EPC partnership has created a platform to build similar projects and notes that the consortium has four more “shovel-ready” CSP projects, which have the potential to increase the capacity at the Karoshoek Solar Valley Park by a further 550 MW.

“With CSP activities at Karoshoek Solar Valley, we are mobilising investment locally and internationally to contribute to the President’s economic drive and in doing so we hope to create a solar generation of present and future youth workers and for the Northern Cape to become the global hub for the deployment and industrialization of CSP components,” Ndebele says.

However, the draft Integrated Resource Plan 2018 has made no further allocation for CSP projects for the period to 2030.

During construction, 1 500 construction jobs were created, of which around 1 300 were filled by South Africans.

During operation, the power station will employ 62 people directly, 22 of whom are young people drawn from communities within a 50-km radius of the plant. These individuals have been employed following a selection process involving an initial 50 candidates, who were selected to attend and complete a 200-hour training programme.

The plant will be operated by the Seratype operations and maintenance consortium, comprising Cobra Energia, Sener and Emvelo.